Does Margaret really think a cucumber is better than a man? 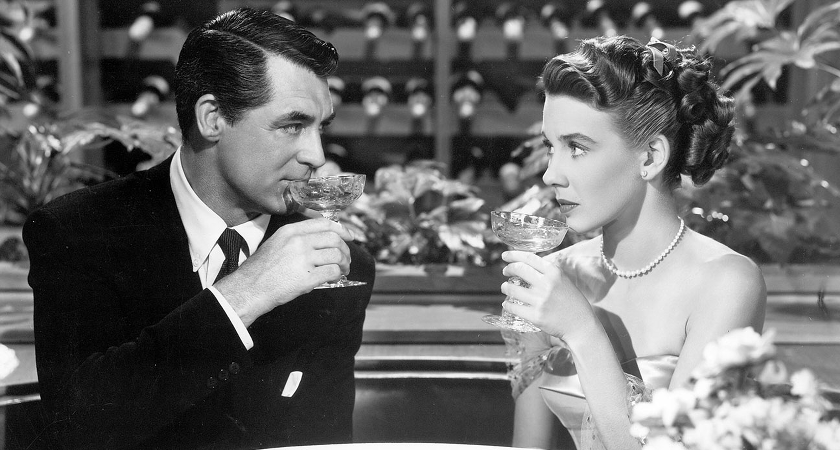 This is a scene from one of my works in progress, A Touch of Magic.

“I’m sorry, Rich, but Margaret told me to tell you she’s not here,” Yvonne said with a twinkle. “I’m to tell you she’s gone out, and won’t be back until she’s had enough men to last her the rest of the year.” While she was saying this she grabbed Rich’s arm and pulled him to the hall that led to the back yard.

“Oh, you don’t mind if I wait until she returns, do you?” asked Rich, picking up on her lead. “I’ll just wait out here on the patio, if you don’t mind. Knowing her, she’ll be home soon.”

Margaret had felt Rich’s approach to the house, and was busy adjusting herself to appear totally unfazed by his arrival. She normally sunbathed in the nude, but she had hastily put on a skimpy little bikini and arranged herself on the lounger. At the last moment she untied her top (to avoid tan lines), fluffed out her hair, and lay back, closing her eyes behind her sunglasses. Then she squinted and watched his entrance to the barnyard dance.

“Why, Margaret! Yvonne said you’d gone out, yet here you are!” Rich leaned over her, casting his shadow on her, and added in a conspiratorial tone, “I think she doesn’t really like me!”

“Mr. Waters! What are you doing back here? Can’t a girl sunbathe in private? Worse off, your cold, nasty shadow woke me out of a perfectly delicious dream!”

He squatted down next to her. “Oh, really? Let me guess — you and I were skinny dipping in a pond.”

“No!” Margaret started to sit up, then clutched her top to her breasts.

“Here, let me help you with that.” Rich gathered up the ends of her straps and tied her top back on. “Better?”

“Yes, but you’re making me forget my dream! And it was such a lovely dream.” She stared off in the distance for a moment, as if remembering but actually trying to make up a dream that would match the billing. She gave up and let a dreamy smile creep across her face.

“Oh, it was far too wonderful a dream to be sullied by the likes of you!” She pushed him away, causing him to fall out of his squat and sprawl on the patio.

“Not in the slightest!” She slung her legs over the side of the lounger and stood up. Rich scrambled up after her and followed her over to the umbrella table where a pitcher of iced tea and several glasses awaited. Rich gallantly seated her in one of the chairs, and then sat himself while she poured out two glasses. “Would you like some?” she asked.

“Why thank you,” he replied, and took a sip. “I take it Yvonne made the tea.”

“What makes you say that?”

“It’s much too sweet to be anything you’d brew.”

“If I had known you were coming I would have poisoned it,” Margaret said and took a sip herself.

“My point exactly! You only poison the ones you love.”

“Me? Love you? It is to laugh!” She leaned over and sniffed him. “You are the one leaking pheromones out of every pore! Your lust is overpowering!”

“Don’t you wish! I’m more attracted to a used litterbox. You are the one panting after me!”

“Ha! I’m more attracted to a cucumber than to you!”

“Let’s see.” She started counting on her fingers. “The average cucumber is at least six inches long.” She looked down at him. “I doubt you can say that.” She used a little magic to slosh a bit of the tea into his lap. As he started to protest she added “Calm down, sonny. Unlike you, cucumbers don’t get too excited.” She ticked another point off on her fingers.

Rich patted at his crotch with a napkin, then gave up and used a spell to dry it off. “Playing dirty, eh? Well two can play that game!”

“I’m not done yet.” She counted another point. “Cucumbers can handle rejection, unlike you. And further more, when I’m done with a cucumber I can slice it up and put it on my salad!” She counted one more. “Need I go on?”

“Oh? You’re giving me a chance for a rebuttal?”

“Of course!” She gave him a feral grin. “I am an equal opportunity insulter.”

He took another sip of his tea, then started in. “Personally, I’d rather have a handgun than you.” It was his turn to count on his fingers. “A handgun doesn’t take up a lot of closet space. This outfit of yours,” he took a moment to leer at her bikini, “is the exception that proves the rule.” He ticked off another point. “A handgun doesn’t require me to massage the trigger before I fire. A handgun will never ask for jewels, or refuse to fire if I don’t provide any. For that matter, a handgun will stay with me even if I’m out of ammo. And most importantly, a handgun will never ask ‘Do these grips make me look fat?’ Do I need to go on?”

Laughter could be heard coming from the house as Yvonne and Elaine came out to the patio. “You two crack us up!” cried Yvonne.

Elaine added, “Why don’t you just hop in the sack together and get it over with? You both know you want to!”

Rich and Margaret simultaneously turned away from each other and crossed their arms. They looked hurt.

“Rich!” cried Elaine, still chuckling. “There must be some reason you came over here.”

Margaret turned back toward him and loosened up. “Yeah. Why did you come over?”

“I came to invite you to dinner and the theater,” Rich sniffed, his ego clearly bruised.

“Why, I’d love to!” started Margaret, then she stopped. “Wait. By ‘dinner and the theater’ you don’t mean McDonald’s and a second run flick at Movies 10, do you?”

“Well, maybe I did oversell it just a bit. I was thinking we could eat at the Arigato and then catch the new Bond flick. OK?”

“Now that you’ve come clean, sure. Just let me put something on first.” She stood up to go into the house.

“Oh, you don’t have to get all dressed up for me! What you’re wearing now is fine!” He waggled his eyebrows, Magnum P.I. style. She ignored him and went into the house.

Yvonne and Elaine sat down at the table, and Yvonne said, “Looks like you’ve got time to scrape your tongue off the pavement and finish your tea, Lover Boy.” She and Elaine each poured a glass for themselves, and then started in. “Now what are your intentions toward our sister…”